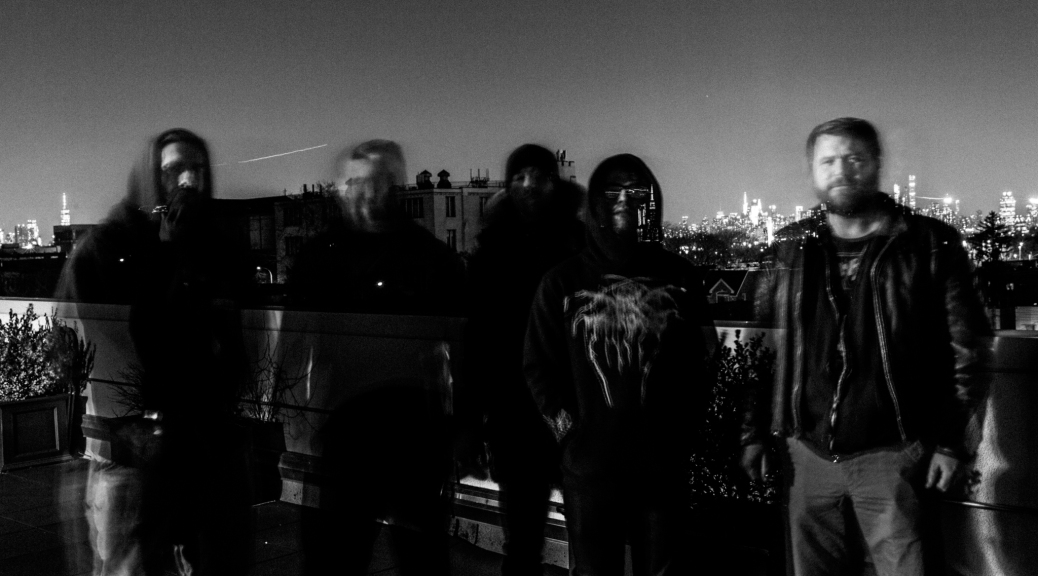 Who is each member and what do they contribute to the band? Does everyone pitch in for songwriting or is it more concentrated?

In the past, the way we did songwriting was that I would write all the music first. I’d work out the arrangement with the band and then bring it to Mike for him to do his thing. But, ever since we’ve become a five-piece it’s a little different. Both Nick and Johnny are bringing material to the table. I can lean on them for arrangements, writing riffs and working out different harmonies. Being a five-piece really opens up a lot of doors for us as far as different tones, sounds, melodies and harmonies are concerned. Their contribution has made us a better band, for sure. It also opens up Mike, as well. It’s helped push his boundaries and start experimenting with singing and using his voice in a different manner. I think a lot of people are going to be surprised by this next record. It’s almost like a different band.

How would you describe your music to new people, in one or two sentences?

Gloom and Doom from NY. I think we’re a bit more gloomy than doomy but who am I to say?

What is everyone’s biggest influence? What would FALSE GODS not exist without? Doesn’t necessarily have to be other bands.

Without the existential fear of becoming insignificant, I don’t think the band would have the drive that is does.

You guys are recording a full-length album, later this month, with Colin Marston (Behold… The Arctopus, Dysrhythmia, Krallice, Gorguts). What are you doing differently compared to the three EPs already out?

The first ep “Wasteland” was more of an experiment. Myself and Mike, were in another band called “Skeletondealer” which had put an EP out on Sliptrick Records. Once that band broke up in 2015, I went into the studio and started recording some songs I had written. I tracked all the guitars and drums. I gave it to Mike, he dug it, and from there we formed the band. Those demos are what became our first release. False Gods is the first band I’ve ever played guitar in. So “Wasteland” has more of a Black Flag-meets-Sabbath kind of vibe throughout the record, which I feel like at this point in time we’ve grown away from. “Reports” was more of a focus on being heavier, darker, moodier with an element of noise in there too. Starting to get away from the stoner-vibe that was on “Wasteland.” On this last EP, it was our first as a five-piece, so we wanted to make it a point of showing people how experimental we could be with our sound. It’s definitely the most tripped-out, of all our releases, although that wasn’t the intention to be so psychedelic, for lack of a better term. That’s just how the songs naturally came out. There aren’t any preconceived notions on what type of songs we are trying to write. We don’t go “ok we need a fast song” or “we need a heavy song” etc. We’ve been able to evolve as a band very organically, which is probably my favorite part about us, honestly.

With the full-length, there are a whole batch of new influences being brought to the table. I don’t really want to give it away but it is definitely very different than anything we’ve ever done at times. I’m very excited to hear how people react to this one. We’ve, without a doubt, pushed the boundaries of what we are capable of as a band on this record. Can’t wait!!!

How long have you been doing shows as FALSE GODS? Any favorite or especially crazy memories so far from shows?

We’ve been playing live since December of 2015. Which is very weird to say that we are coming up on almost 5 years of being a band. As far as memorable performances go, I’d say for me opening for Conan last year at St. Vitus in BK and also playing the Maryland Doomfest were big highlights for us. Also opening for Crowbar and Abigail Williams in New Jersey a couple of years ago was big for us as well. My favorite memories are just being on the road with these guys, hanging out, drinking and just being part of the chaos that ensues when we tour.

As a band from New York, do you have strong opinions on where to get the best pizza in the city?

Hah! It’s hard to say. I currently live in Ridgewood, which is on the border of Brooklyn and Queens, so there’s this spot across from my apartment called Rosa’s that’s my new favorite. Best margherita slice I’ve ever had. I don’t like those $1 street slices you get in the city. But it’s NY, so there’s good pizza everywhere. I don’t eat pizza out of NY. Long Island probably has the best pizza in all of NY, really. You can’t go six blocks without hitting a pizzeria and it’s usually consistent.

Is there anything else you’d want people to know about?

We begin recording our first full length with Colin Marston January 25th. From there we’ll be making a video to promote the release the following month. We’re working on booking tours throughout the east coast and middle of the country. We’ll be playing the New England Stoner and Doomfest May 14th. Stay tuned.

Designed for the connection between nature and underground, extreme metal.